Hey guys, I'm currently sitting in my girlfriend's practice. She's a speech-language pathologist, but she's working from home currently and upstairs is the better internet so I have to do it with this. It's pretty cool though, I also get like raccoons and stuff. So, uh nice. So anyways, last week we were shooting another episode for Creative Tuesday but while we were shooting, unfortunately, we got a phone call with some bad news. Someone in our family passed away due to the corona virus. So yeah, it has been a pretty tough week.

We went to our family as well to comfort and to help out just… So we came a little bit too close and just out of precaution, I'm not saying that I've got corona right now, just out of precaution I'm staying at home for two weeks. Yannick and the rest and all are still going to the studio to work there, but they're keeping distance as well. So yeah, I just want to say keep distance, guys. Stay at home. It's super important. You really don't want anyone in your family to catch this virus. This is some serious stuff. So yeah. Stay at home. Stay safe guys. So for this video today, I've been digging a little bit into turning 2d images into 3d images. I came across this paid plugin that I saw, I think on a Facebook add somewhere, that actually did a pretty good job at that. But it's a paid plugin and you know us, we're always is looking to find a way to create something without plugins. So we've found a way to do it entirely in After Effects, without third party or paid plugins.

And the way that works is if you have a photo you then first create a depth map of that, which is basically a black and white image which tells which objects are further away in the photo or which objects are closer to the camera. And by having that depth map you basically have like endless of possibilities. You can add a motion in there or you can add a depth of field in there, anything is possible. And there are two ways that you can create such a depth map, the first one is going to be manually and the second one is going to be automatically generated, which is really cool but we'll dive into that later. First we're going to see how we can do it manually in After Effects. But first if you're not entirely familiar yet with After Effects then go check out our beginners class on Skillshare. It's one of our most successful and top-rated class of all time. In a very entertaining and interactive way I guide you through the entire basics of Adobe After Effects. And because I want to be a Top Teacher here at skills share, I can give you two months for free, which also allows you to watch any other class on the platform.

So it's kind of like the Netflix principle, you just pay one price and with that you can watch everything. So go check out right now by clicking that first link in the description down below. All right, fire up After Effects and drag your photo into a new composition. If you don't select it and take the pen tool, you can create a new shape. And you want to start by just filling up the entire screen and making sure that the shape layer is white. Then disable that layer, deselect it and create a new shape. This time draw around your subject. And you can do this very rough. When it's done we're going to make this layer a little bit darker. the bigger the difference in luminance between the layers, the further apart you make them. And you can keep doing this now, just stack these shape layers on top of each other, and for every area that it's closer or further away you create a different luminance. For instance your eyes lay a little bit deeper in your face, so it's good to also draw around that and make them a little bit brighter than your face.

Once you're done, you should have something that looks like this. We're going to select all the layers, right click and choose pre-compose. Now from the effects library search for the Gaussian blur and drag that to the pre-comp and blur it a little bit so that you don't have these hard edges anymore. You can then go ahead and disable that layer. Go back to the effects library and search for the displacement map, which you want to apply to the photo. 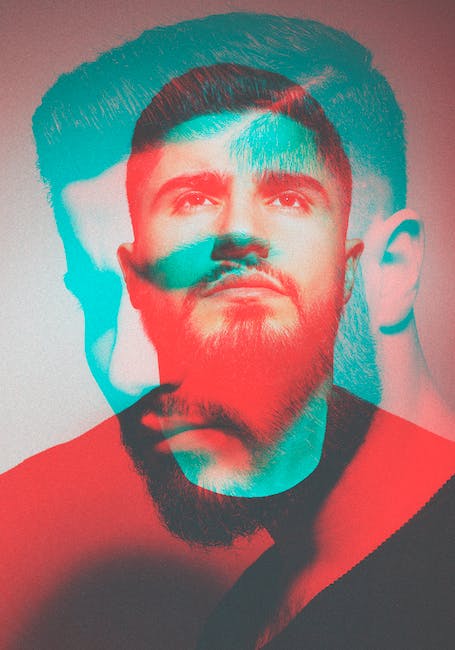 Now from the effects settings were going to point the map layer to our pre-comp and make sure that the effects & masks is enabled. Next, change the horizontal and vertical displacement to luminance. So what we're doing now is using the luminance of our pre-comp to create depth. And with the displacement map effect, we can animate a movement using the horizontal and vertical displacement. Here's what the end result looks like. And it's like I said before, it doesn't stop right here, you know.

You can create post focus, you can create stereoscope so you can watch your film with those 3d glasses. The possibilities are endless. But that's maybe for a future tutorial because first I'd like to show you how to automatically generate such a depth map. Because after all making it manually in After Effects is a little hassle. I mean, we could use Photoshop and work with brushes, which might be easier, or we can use an artificial intelligence from Google, which sounds really awesome and it is. Now unfortunately, it's not just a simple program that you can install and run, there's actually a whole process behind it to get the whole AI working. So I'm gonna leave two links in the description down below. The first one is a program called StereoPhoto Maker, which allows you to import your photo and then from the menu select edit, create depth map and then choose create a depth map using Google's AI.

Unfortunately that won't work as you need to install a bunch of things first. And that's the second link in the description, a whole guide on how you can install phyton, Google AI and a bunch of other things that I don't even know what it all does. But I've got it to work and here is what such a generated depth map looks like. There's a lot more depth and radiations which is gonna give a much better result. You'll notice that there will often be a glitch but with Photoshop you can easily paint on the depth map and fix those glitches. And if you want to test your depth map first, before bringing it into After Effects, you can actually use an online tool from Depthy.me, which allows you to upload your photo and then also upload your depth map. And that is gonna give you a preview and see where your image might be glitching out. And that is how you can create or generate your own depth map and bring photos to life. Thank you so much for watching and stay safe. You know, whenever a client does something good here they get a stamp.

Usually children. And I know that probably all the boys go for the rocket stamp. And I think that I've done a pretty good job right now, so I'm gonna give myself a rocket stamp. Does it look good?.